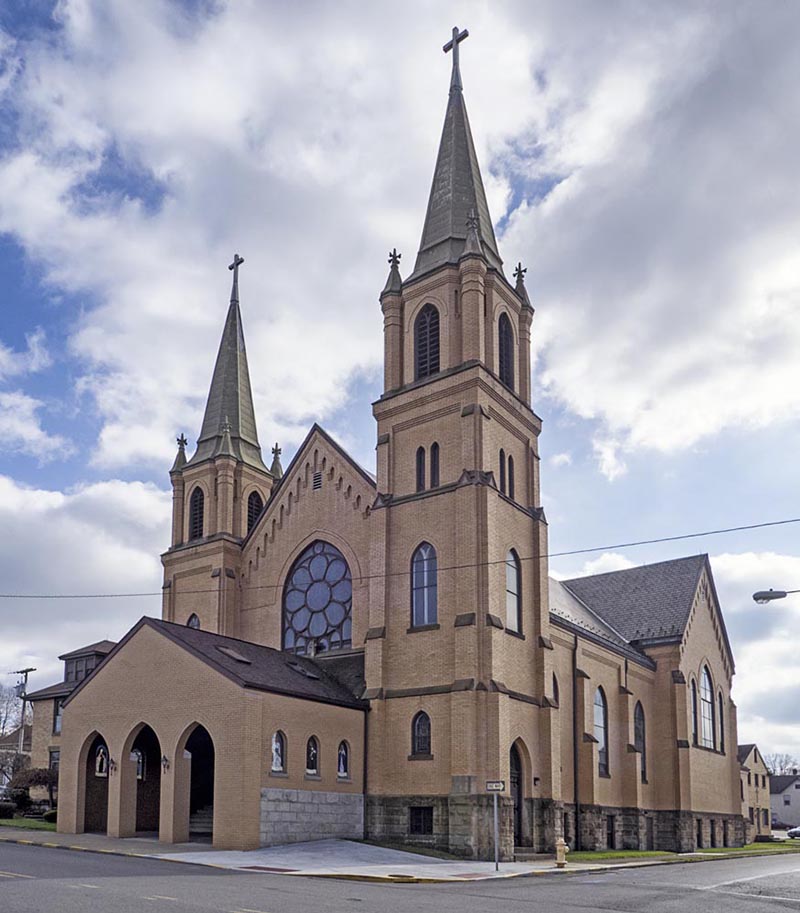 Our Lady of Fatima

The history of Our Lady of Fatima is also the story of St. Elizabeth and St. Anthony of Padua congregations in Farrell formerly known as South Sharon. Both parishes were united to form a new parish dedicated to Our Lady of Fatima in 1952. At the turn of the century, various ethnic immigrants came to South Sharon. They were attracted by the steel mills operating in the Shenango Valley. The Reverend Dennis W. O’Hern organized the first St. Elizabeth Congregation in 1902, but a church was not completed until 1909/ St. Elizabeth was known as the Mother Church of South Sharon, later Farrell.

A Parish for Italian Catholics was established in 1904 dedicated to St. Anthony de Padua. The first pastor was the Reverent Vincent J. Megliore (1904-1927). By 1929, an addition to the original church was built.

The Sisters of Mercy arrived in December, 1933, to fill the need of a more intensive catechetical program. During their tenure (1983-1945), one of the first Catechitical Centers in the diocese was erected.  With  the appointment of the Reverend Geno Monti (1946-1981) as a pastor, a fund drive for a new church was initiated in 1949. However, with the passing of the beloved Father Thomas A. Rooney, who pastored St. Elizabeth Church for more than thirty years, the two parishes were united by Papal Decree on February 16, 1952, with the title of Our Lady of Fatima.

The crowning point of the building program initiated by Father Monti was the construction of the elementary school, convent, and chapel in 1960. Father Monti was named a prelate of honor on November 27, 1970. Our Lady of Fatima continues to be the largest parish in Farrell in the capable hands of the Reverend Donald E. Berdis. 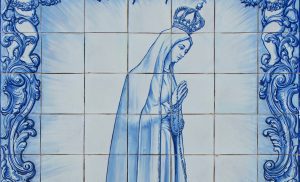 About Our Lady of Fatima

Between May 13 and October 13, 1917, three Portuguese children–Francisco and Jacinta Marto and their cousin Lucia dos Santos–received apparitions of Our Lady at Cova da Iria near Fatima, a city 110 miles north of Lisbon. Mary asked the children to pray the rosary for world peace, for the end of World War I, for sinners, and for the conversion of Russia.

Mary gave the children three secrets. Following the deaths of Francisco and Jacinta in 1919 and 1920 respectively, Lucia revealed the first secret in 1927. It concerned devotion to the Immaculate Heart of Mary. The second secret was a vision of hell. When Lucia grew up she became a Carmelite nun and died in 2005 at the age of 97.

Pope John Paul II directed the Holy See’s Secretary of State to reveal the third secret in 2000; it spoke of a “bishop in white” who was shot by a group of soldiers who fired bullets and arrows into him. Many people linked this vision to the assassination attempt against Pope John Paul II in St. Peter’s Square on May 13, 1981.

The feast of Our Lady of Fatima was approved by the local bishop in 1930; it was added to the Church’s worldwide calendar in 2002.